About the East Asia Center at UCSB

The East Asia Center (EAC) at the University of California, Santa Barbara promotes interdisciplinary research and cultural events on East Asia. It brings together UCSB faculty, students, and the wider local public with leading scholars and other creative individuals from other institutions in order to create a critical and nurturing community for the study of East Asia. EAC strives to collaborate with a range of departments, individuals and other units in the Humanities, Social Sciences and beyond that are invested in education and public understanding of East Asia. EAC invests in relationships between UCSB and the East Asian region as well as the academy and the public. EAC is housed within the Institute for Social, Behavioral, and Economic Research (ISBER) at UC Santa Barbara. 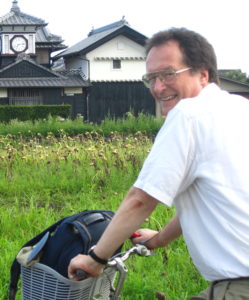 Luke Roberts is a Professor of History, with a focus on the Japanese islands from ancient to modern times. His research mostly focuses on the period between the late 1500’s and the late 1800’s, with an interest in centering regional, local and micro-historical perspectives. He especially enjoys Tosa, present day Kōchi Prefecture. 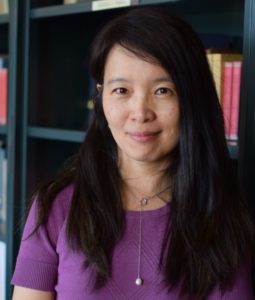 Xiaorong Li is a Professor of East Asian Languages and Cultural Studies, with a  focus on  Late Imperial (Ming-Qing) and Early Republican Chinese Literature. Her research focuses on gender and literary production, women’s writings, literati culture, and literary trends in late imperial China (ca. 1500–1900). She also conducts research on classical Chinese poetry in Japan and Korea from the sixteenth to the nineteenth centuries.

Her recent publication, The Poetics and Politics of Sensuality in China: The “Fragrant and Bedazzling” Movement (1600-1930), draws on extensive archival research to argue that sensual lyricism is more political than its sensuous surfaces—and China’s lyrical tradition is sexier and more “modern”—than existing histories have led us to believe. It demonstrates that dominant political ideologies and cultural practices of early modern China always faced counteractions in the form of a discourse of sensuality, femininity, and romance. 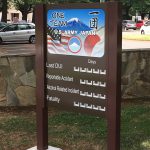 Carl Gabrielson, PhD student in EALCS, received an East Asia/Pacific Summer Institute fellowship from the National Science Foundation and the Japan Society for the Promotion of Science to conduct interviews and observations at five U.S. military bases in Japan. 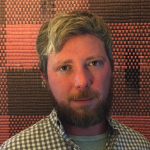 A. Colin Raymond, Ph.D. student in the History of Art and Architecture), was recently selected to receive a Kathryn Davis Fellows for Peace award for advanced language study at the Middlebury Japanese Language School in Vermont during the Summer 2017 term. 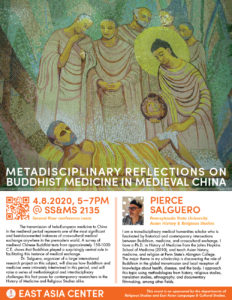